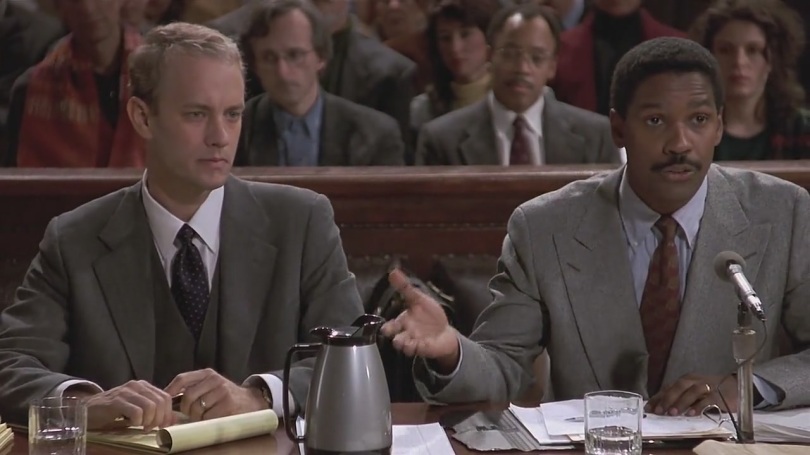 At the emotional core, rather than a focus on the nitty-gritty details of the disease, the film chooses to examine the discrimination and homophobic intolerances that those afflicted face. The real tragedy? The social demise and stigma of the individual which precedes physical death itself.

Using the courtroom setting to stage its drama, ‘Philadelphia’, asks some difficult questions, but then in a puzzling reversal, it discards some of its more emotional elements and decides to play it safe. Some might argue that this quiet restraint is one of the film’s strengths, but this seriously derails some of the film’s emotive power.

There is one scene in particular that drastically alters the tone of the film.  Andrew Beckett, played by Tom Hanks, interprets his favorite opera to attorney Joe Miller, a self-proclaimed homophobe. The film seems to warp at the very seams as Andrew dramatizes the opera. It’s an incredibly powerful moment and a sobering vision of what could have been.

Nonetheless, the film accomplishes an imperative objective. Educating the masses and altering public perception and for this reason alone, ‘Philadelphia’ warrants celebration. 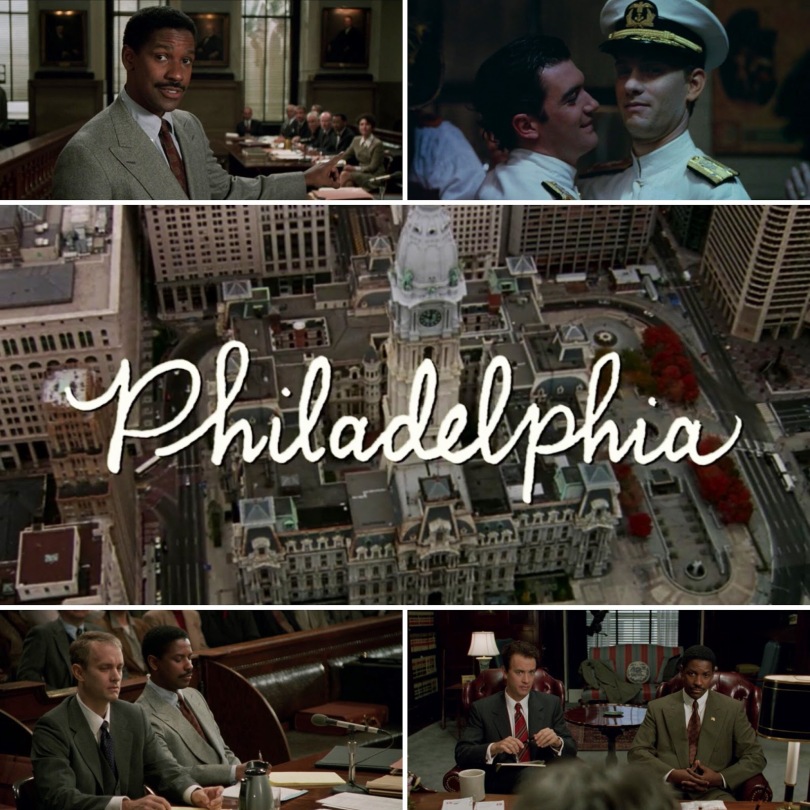